Today I am glad to announce that the kingdom update is finally out!
This is the biggest update of the game so far and it introduce a lot of new things :

You can now create a kingdom with the inspiration miracle and use omens to try to convince it's leader to expand it's territory.
When your kingdom is big enough other kingdoms will be created by neutral and heretics cities and they will develop relations depending of various things like their cultural or religous differences and the personalities of their leaders.

Cities that belongs to a kingdom can now raise armies to capture other cities. The soldiers have different equipments depending of their city tech level and this system will be expanded in the future with different soldiers models. 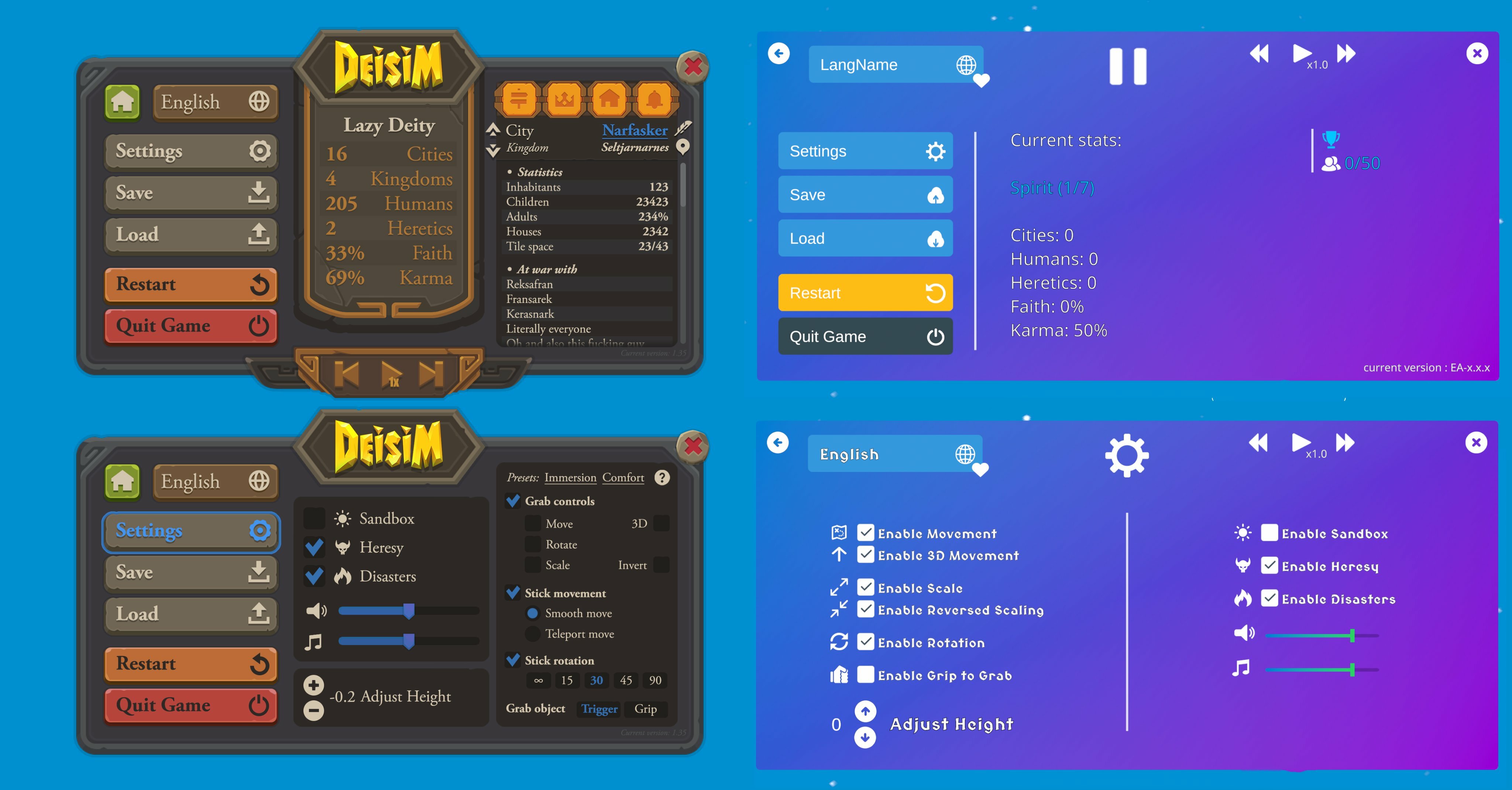 Most tiles are now contributing to an ambiance system making a very unique audio ambiance depending of the player surroundings. This new system will immerse you in your world like never before!

With this update the game is now very close to it's "final" release and this is the time I choose to increase the game price to match it's final price. The price has been adjusted accordingly.

The full changelist is available on discord : http://discord.deisim.com

The coming weeks will be focused on improving performance, balancing the game and fixing the bugs introduced by this version to stabilize the game for the release and add new miracles.

I will also start to design the first post-release content update. As I said before this release is not the end of the journey but the beginning of a new exiting one and I hope many of you will stay with me during this new journey and enjoy all the possibilities the new updates will offer.

I want to thanks all the people who supported me making this game early and I hope you will all love this new content. Let me know what you think of it in the comments below!

You want to suggest new features? Do it on https://deisim.featureupvote.com/